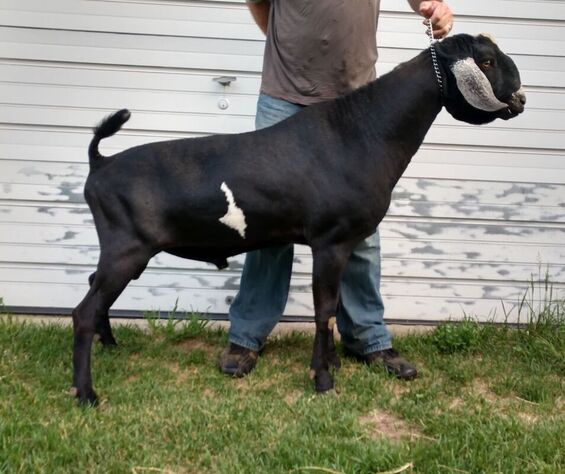 I don't often make impulse buys, but I could not resist when I saw pictures of this up and coming young doe at Foxwood Nubians! She is only two, but Sugar is already making a big splash in the show ring finishing her championship at the first few shows out,  and in the milk pail being a very productive doe. ! I was no stranger to the successes of Majik Man and the beautiful udders he has been producing. When I looked at the pedigree mixed with the pictures, adding Ninja to our barn was a no-brainer! We are thrilled to watch him grow and mature! Ninja is G6S Normal.

Pictures of Sugar complements of Foxwood Dairy Goats
Powered by